As the World of Work rapidly evolves towards greater automation, organisations and individuals are looking to upskill what can’t be automated: mindset, behavior, interpersonal skills. In other words, soft skills.

A raft of academic studies have demonstrated that Virtual Reality has the power to transform behavior for the long term. This makes immersive learning a powerful tool to boost existing approaches to soft skills training, whether it’s complementing e-learning with practice-focused VR modules or boosting face-to-face learning with unprecedented levels of immersive role-play.

The 5 case studies below shed light on some of the best uses we’ve seen of VR in soft skills training.

Full disclaimer: as we provide a soft skills training solution ourselves, one of our case studies (Safeguarding VR) has been included in the list. If you are yourself a learning provider and feel like your case study should be included, don't hesitate to reach out. Lloyd’s Banking Group was looking to develop an immersive experience to help employees improve their emotional resilience, in other words their ability to manage stress and adversarial conditions.

In the experience, learners embody a virtual avatar and find themselves acting as an employee of a company undergoing a restructuring process. They get to interact, by asking questions, with virtual characters under different levels of stress. The learner’s mission is to identify stress signs and help improve emotional states.

Over 200 employees were surveyed and rated the experience 4.1 out of 5 in terms of training effectiveness. When compared to a traditional actor-led approach, VR brought in greater consistency and reduced costs as Lloyd’s reported £127,000 in training expenditures savings. Conversations with survivors of exploitation and abuse can be challenging, and while traditional options to practice those conversations are available, they are often not scalable or emotionally engaging.

BODYSWAPS worked with the Humanitarian Leadership Academy to develop an immersive learning tool to empower NGOs around the world to transform safeguarding-related behavior among aid workers and volunteers at scale. In Safeguarding VR, a 15-minute VR simulation, the learner gets an opportunity to use their own voice and body language and practice having a conversation with a virtual human named Susan; a survivor of a safeguarding incident. The learner can then ‘swap bodies’ with Susan to relive the conversation from her perspective, seeing a replay of their avatar talking and moving the way they did.

The experience has been piloted by the United Nations’ Agency for Refugees, Save the Children and the International Labour Organisations. After a single experience, 80% of learners reported a significant increase in their confidence to handle safeguarding disclosure conversations whilst over 90% would recommend the experience to colleagues. 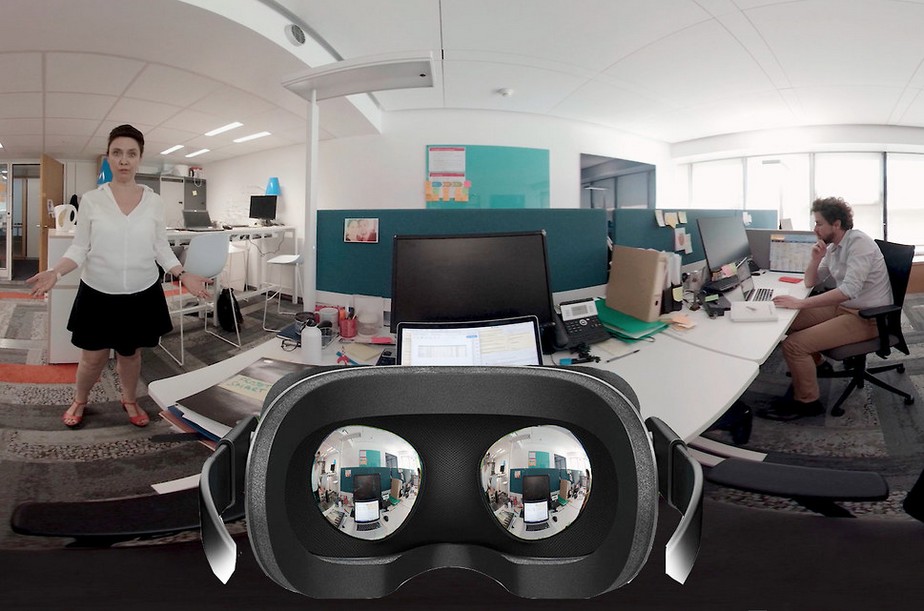 80% of employed women report being regularly confronted with sexism. REVERTO is a French start-up that uses virtual reality to raise awareness of psycho-social risks (sexism, harassment, burn-out, etc) and to train employees to prevent incidence of misconduct.

La Traque is a 10-minute 360 film, created by REVERTO, where the viewer becomes Zoe, a 30-something Communications Project Manager in a large company. Throughout the film, the learner will get to experience, from Zoe’s eyes, an incessant and escalating series of sexist behaviors happening to her at the office. Based on interviews with victims of sexual harassment, La Traque gives D&I trainers a much more powerful and visceral tool to create awareness than any other previously available medium. Following the movie, an interactive VR module narrated by an expert psychologist breaks down those behaviors and quizzes the learner.

As of September 2019, the film had been used to raise awareness of workplace sexism with over 3,000 employees from 10+ companies as diverse as trade unions, France’s largest employer federation and dock workers. Developed by the USC Institute for Creative Technologies

There’s an under-the-radar stigma with veterans when it comes to job interviews as counselors can often be suspicious or aggressive towards those leaving the army. Moreover, readapting to the civilian world of work and its complex implicit cultural codes can be a challenge after years or decades spent in the military.

The USC Institute for Creative Technologies has developed a job interview experience to let veterans practice their skills with increasingly aggressive virtual interviewers. Veterans put on a VR headset whilst real vocational counsellors step into another room to control the virtual interviewer via a PC app. They can choose from a range of questions to ask the applicant, from friendly to angry, as well as trigger specific actions like sneezing or storming out of the office.

For Skip Rizzo, the director for medical virtual reality at ICT: “In VR, the parts of the brain responsible for higher-order thinking understand they’re talking to a fake human. To the more primal, emotional part of their brain, though, the interview feels very real, allowing veterans to practice in a stressful but low-risk environment.”

U.S. Vets, a charity dedicated to veterans in Los Angeles piloted an early version of the technology in 2016. They found that 36 out the 37 veterans who did the experience managed to find a job. In France today, there are close to 10,000 people monitored by the government who are considered to be prime targets for terrorist radicalisation. Many of those are disenfranchised teenagers with whom parents are having an extremely difficult time communicating.

Pitchboy has developed Project Theo as an educational tool to help parents, teachers and teenagers learn to detect and manage early signs of radicalisation. With reach in mind, the project was developed for WebVR (i.e. accessible on a Web browser without needing a headset). It uses conversational AI to place the users in Theo’s mum’s shoes, prompting them to answer Theo in their own words with the objective of protecting him from isolating himself into radical Islam.

The tool has been made available to 2,500 schools and over 90% of users have fed back that the combination of immersion afforded by the 360 video and AI-powered conversation made them forget this was a fiction.